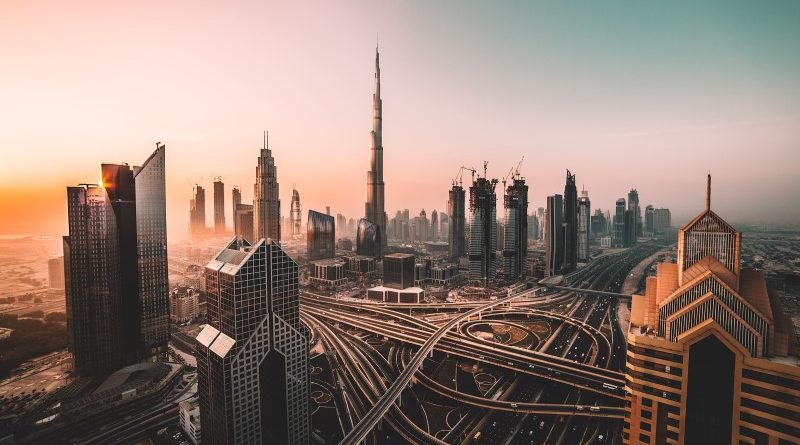 Investing in Italy also supports local companies to expand their business across the border. In today’s article we analyze a very interesting market: the United Arab Emirates.

After hours spent flying over a desert expanse, we reach a splendid oasis and we are above the Emirates from which the two most important cities stand out: Dubai and Abu Dhabi. We are about 6 hours flight from Italy.

The United Arab Emirates is a rather young nation that in a few years has created something incredible. Think of EXPO 2020, the tallest skyscraper in the world, the third busiest airport in the world, the Hyperloop …
Very interesting aspect is that of the language: the official national language is Arabic but it is easy to speak in English with all the people being a former protectorate of the Commonwealth.
Often documents and contracts can be found in bilingual, just think that the official language used in civil cases is English where the code reflects many characteristics similar to those of the Common Law while Arabic is used for criminal cases.

European investors cover a large portion in the Emirate market, creating quite interesting opportunities for companies that decide to invest in the UAE. Let’s analyze a little roughly what are the taxes present today.

There are seven states that make up the Constitutional Federation of the United Arab Emirates, in fact there is no state legislation on taxation and the individual Emirates have decision-making autonomy. As of January 1, 2018, the UAE introduced the Value Added Tax (Vat) of 5% on the value of the goods.
As far as natural persons are concerned, in the Emirates there are no personal income tax. Companies that employ citizens with Emirati passports are obliged to pay a portion of their wages into pension funds.

Currently, the United Arab Emirates does not have a unitary federal corporate income tax (CIT) scheme; however, most of the Emirates have introduced corporate income tax decrees and taxation is therefore determined on a territorial basis, in compliance with common principles. The tax tends to be applicable to the net profit produced by all entities and companies – with or without legal personality – who carry out commercial or industrial activities. Profits from branches and secondary offices (permanent establishments) of foreign companies are also subject to tax.
There is the possibility of being able to sell their products on display during fairs as long as the person is identified there with a temporary VAT number.

The so-called joint ventures, whose constitution provides for certain limitations for foreign investors, deserve to be mentioned. Unlike the companies operating in the free zones (which we will analyze shortly), the share capital of the mixed ones must be controlled for 51% by Emirati or otherwise resident subjects. This limitation does not offer guarantees of corporate stability to foreign investors who often prefer to opt for free zones.

The Emirates enjoyed favorable economic growth thanks to the creation of free zone areas. In these areas there is no restriction on the transfer of profits or repatriation of capital. Established companies can be wholly owned by foreign investors and benefit from a corporate tax exemption for 50 years. Within these areas there is no exposure to any tax burden on dividends distributed to shareholders, natural or legal persons. The foreign investor must comply with the requirements imposed by the applicable municipal and federal legislation and is required to request the release by the authorities of the free zone of a license to operate issued on the basis of the type of activity carried out.

These are physical places located here and there within cities, in Dubai for example there are several areas considered Free Zone:

Furthermore, in the free zones there are no corporate taxes for at least 15 years renewable for the same period, currency restrictions and customs duties.

The import tax is on average 5% on all goods, excluding those subject to the restriction regime, such as tobacco (100%) and wines and spirits (50%). The following documents are required for customs clearance: transport document (Cargo Bill), delivery order (Delivery Order), packing list (Packing List), certificate of origin of the products (Certificate of Origin), letter of authorization (Authorization Letter), Customs Card.
In most Emirates a tourist tax of 5% to 10% is imposed on the value of hotel services and entertainment.

Most of the Emirates impose a municipal property tax, primarily in reference to the annual rental value. A registration fee can also be applied to the transfer of ownership of land or property. To underline the absence of inheritance and donation taxes.

If you wish to receive more information or are interested in internationalizing, contact us without obligation. A team of experts will contact you to satisfy your request.

Click below to consent to the processing of your personal data for these purposes. You can change your mind and change your consent choices at any time by returning to this site. Privacy policy